The Kidneys are essential organs that form part of the genito-urinary system. The kidneys filter the blood and the waste products are transferred through the ureters to be stored in the bladder as urine. Urine is then discharged through the urethra to empty the bladder.

There are several types of cancer that can affect the kidneys. Renal cell carcinoma (RCC), is the most common form and accounts for approximately 85% of all kidney cancers. In RCC, malignant cells develop in the lining of the kidney's tubules and typically grow into a mass called a tumour. Single tumors are the norm, although more than one tumour can develop within one or both kidneys. As with most cancers, the earlier kidney tumours are discovered, the better a patient's chances for survival. Tumours discovered at an early stage often respond well to treatment. Survival rates in such cases are high. Tumours that have grown large or metastasised (spread) through the bloodstream or lymphatic system to other parts of the body are much more difficult to treat and present a greatly increased risk for mortality.

In Australia, Kidney cancers count for just over 3% of all malignancies diagnosed in men and women each year.

Statistically New South Wales has one of the highest incidences of Kidney Cancer worldwide.

In order to accurately determine whether or not a patient has cancer, a physical examination and a number of other tests are required so that the Doctor can rule out any other conditions.

A special dye is injected your arm that travels through the bloodstream to the urinary tract, which in turn is then picked up through an x-ray. This process allows a doctor to see if there are any abnormalities in the kidney or any other damage to the organ.

CT scans are special x-rays that show the internal organs of your body. Dyes may also be injected allowing the doctor to see the area more clearly.

More than half of all patients with RCC have haematuria or blood in their urine. Often this blood is present in such small amounts or so diffused in the urine that it cannot be seen with the naked eye (called microscopic haematuria). To detect haematuria a chemical test of the urine usually is prescribed. On occasion, cells found in the urine are examined under a microscope for abnormalities. This procedure is called urine cytology.

Another procedure typically used in the diagnosis of RCC involves microscopic examination and/or chemical analysis of the patient's blood. These tests screen for indicators that may demonstrate the presence of cancer, such as:

Because blood in the urine can result from other health problems, the doctor may order a cystoscopy to determine precisely where the internal bleeding is occurring. In cystoscopy, a long, thin, rigid or flexible optical scope is inserted through the urethra and into the bladder. The doctor then makes a visual examination of the urethra, bladder, and kidneys to locate the site of bleeding.

If a tumour has been diagnosed, the doctor may take a biopsy of cells to be examined in the laboratory.

There are four main categories that make up RCC tumours based on their appearance under microscopic examination:

Generally the type of cancer cell indicates the relative aggressiveness of the disease.

'Clear cell' cancers look the least abnormal; they are round or polygon-shaped and contain an abundance of fat and sugar. The tumours they produce are yellow to orange in colour. Clear cell cancers are thought to be the least aggressive and respond better to treatment.

However, few tumors contain only clear cells. Darker ‘granular cells' usually are present to some degree and have a larger, darker nucleus full of tiny pink granules called mitochondria. The tumours they produce tend to be grey to white in colour. Mitochondria are small, oval bodies that provide energy for cell growth. Their presence indicates a more aggressive form of cancer.

The most common form of tumour contains both clear and granular cells and is considered to be ‘mixed'. This indicates the most aggressive form of kidney cancer. Mixed tumours that contain spindle shaped, ‘sarcomatoid cells' have the least favourable prognosis. Although tumors composed exclusively of spindle cells are uncommon, the presence of sarcomatoid cells indicates a form of cancer that grows and spreads quickly.

As discussed with other malignancies, the Tumour, Node and Metastases system stages RCC tumours at four intervals:

Stage 1: Small tumours (less than 1 inch) without evidence of local invasion; no lymph node involvement and absence of distant disease

Stage 2: Tumours larger than 1 inch without evidence of local invasion; no lymph node involvement and absence of distant disease

Stage 4: A mixed group including tumours that invade adjacent structures; any tumour that has evidence of distant spread; any tumour in which more than one lymph node is involved

There are a number of treatment options for Kidney cancer; the ideal treatment depends on a number of factors, including the extent of the tumour and the current health of the patient. Treatment options vary and these should be discussed with the doctor to identify which is the best course of treatment for individual patients. They include Surgery, Chemotherapy and Radiation Therapy.

The most common form of surgery for RCC, radical nephrectomy involves removal of the entire kidney, often along with the attached adrenal gland, surrounding fatty tissues and nearby lymph nodes (regional Lymphadenectomy), depending upon how far the cancer has spread.

It may be possible to remove only the cancerous tissue and part of the kidney if the tumor is small and confined to the very top or bottom of the kidney. A partial nephrectomy may be the procedure of choice for patients with RCC in both kidneys and for those who have only one functioning kidney.

Laparoscopic techniques allow the kidney to be removed using three 1cm “key hole” incisions in the abdomen. Occasionally 1 or 2 additional retraction ports (usually 5mm only) may be required. The most favoured approach worldwide is the trans-peritoneal approach, due to the fact that it gives the most reliable outcome. Conversion to the standard open operation is easily accomplished, should technical difficulty be encountered.

The main advantage of laparoscopy is the reduction of pain and post-operative recovery time. The patients usually can mobilise unassisted two days post-op and often are ready for discharge at that time. Patients receiving the open operation usually cannot walk until day 4 or 5 and are not ready for discharge until a week or 10 days after surgery.

Most patients after laparoscopic nephrectomy are able to return to normal activities by the end of the first week, while patients after the open operation usually take 6 to 8 weeks.

Recent results from multi-centre trials have shown this operation to be safe in the treatment of localised renal cancer, hence widening the indication for the operation.

What types of kidney disease are suitable for laparoscopic nephrectomy?

Most patients with benign kidney disease that requires nephrectomy are suitable, although infected or inflammatory kidneys are more difficult hence the open conversion rate is higher.

Localised renal cell carcinomas with size up to 6cm are suitable. Larger tumours can be removed but there is lack of long-term results published in the medical literature to confirm this is a safe practice.

Patients with renal cysts that are symptomatic are ideally suited to laparoscopic de-roofing, which is technically less demanding than nephrectomy hence are most suitable for surgeons learning this procedure.

This operation is technically demanding and is associated with a steep learning curve.

The operating time is longer than open operation, although with experience this reduces significantly.

Problems associated with CO2 distension of the abdomen can cause problems such as shoulder pain, CO2 retention, possible embolisation and tumour spillage, which have not occurred in renal cell carcinoma.

Overall, reported complications from laparoscopic nephrectomy are comparable to that of open surgery and the advantages usually outweigh the disadvantages.

Radiation in the form of x-rays or other high-energy rays is used to shrink and kill cancer cells in some kidney cancer patients. The radiation is delivered as a focused beam (external beam radiotherapy) that is projected into the body through a linear accelerator.

Radiation therapy is used often as an adjuvant (follow-up) therapy to kill any cancer cells that may remain in the body after a radical or partial nephrectomy. It also may be used as palliative therapy to lessen pain or bleeding in patients with inoperable or widespread metastatic RCC.

Some patients who undergo surgery to remove a cancerous kidney or kidney tumours experience a recurrence of the disease. For this reason, patients usually undergo a regimen of follow-up examinations after surgery. These examinations include a complete physical examination, a chest x-ray, complete blood tests, and assessments of liver and kidney function. If the disease recurs but remains confined to a few small areas, additional surgery may be recommended. Radiation, biological, or chemotherapy also may be tried as an adjuvant or palliative (relief-giving) treatment. 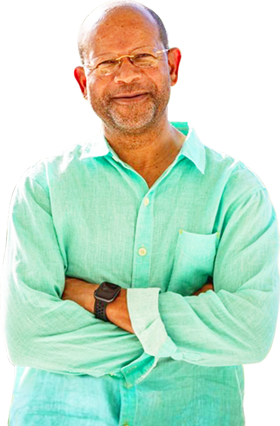