What Is Hydrocele Repair?

A hydrocele is an accumulation of fluid around the testicles causing the scrotum to swell. This is caused due to non-closure of the tube through which the testicles descend into the scrotum. Non-closure of the tube leads to the accumulation of fluid in the scrotum. Inflammation or injury of the testicles, or blockage within the spermatic cord by fluid or blood may also cause hydrocele. This condition usually disappears after a few months following birth. If the condition does not disappear, the child may develop a hernia, where a section of the intestines runs through the still-opened pathway. If the child develops hernia, minor surgery may be needed.

A hydrocele is most common in newborn infants. Individuals suffering from hydrocele may present with painless, swollen testicles which feels like a water balloon, occurring on one or both sides of the testes.

A hydrocele is diagnosed by transillumination. This technique involves placing a small light source through the enlarged portion of the scrotum. If a hydrocele is present, the scrotum will light up. Also, an ultrasound can be done to detect the presence of hydrocele in the scrotum.

There are two types of hydrocele:

Aspiration is an alternate treatment option to drain out the fluid in the scrotum. In this process, the fluid is removed using a needle. Risks associated with aspiration include infection, fibrosis, mild to moderate pain in the scrotum, and recurrence of hydrocele.

Surgery is done if the hydrocele is large causing discomfort and cuts the blood supply to the testicles.

Hydrocelectomy is a surgical procedure to treat a hydrocele and prevent its recurrence. The procedure is performed under general anesthesia. In infants, a small incision is made in the groin (the area where the upper thigh meets the trunk), and in adults, the incision is made on the scrotum. The fluid is drained after removing part of the sac. The incision is closed with dissolvable stitches.

Sometimes, a laparoscope is used for this procedure. A laparoscope is a tube-like instrument having a tiny camera at the end of the tube. A camera is attached to the monitor to display larger images of the procedure. Small surgical instruments are inserted through the other incisions and repair or removal is done.

Risks associated with surgery include bleeding, infection, and injury to the scrotal tissues while performing the surgery 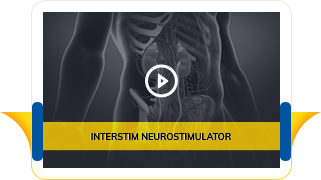